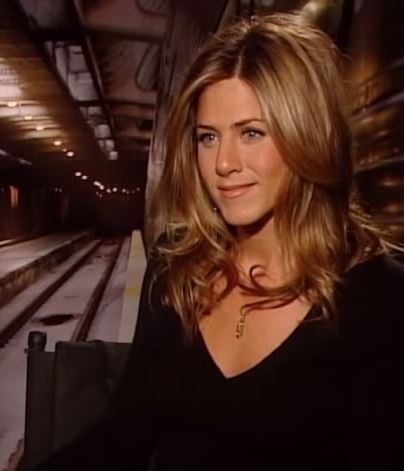 How many times have you received a beautifully wrapped gift only to be disappointed by it’s contents? In Hollywood most of the stars I interview are always perfectly wrapped with their hair, makeup and outfits, but what was underneath did not always match the surface. The first time I interviewed Jennifer Aniston I expected little more than a beautiful woman with flat answers, that’s what I thought I would get. I was on a press junket,  55 journalists asking questions about the same movie.  I met Jennifer Aniston in 1997 for the film Picture Perfect. I had been doing press junket interviews for 5 years and usually I got interesting answers but with little warmth behind them as most of the stars only wanted to “get it over with.” Along came Jennifer…she was breathtaking, a  beautiful woman who made me feel welcome when she said, “how nice to meet you,” (I usually got hello or nothing at all). I did not expect her to be so nice to me off camera. Her lack of pretension made me aware that I could ask her anything, even about her private life, which is a no-no on junket interviews as it could have been the end of my career if a star had complained to the studio. Her willingness to be an open book to me made me look good as an interviewer. She did that for me not only once, but every time we worked together. She was willing to talk about how she dealt with the tabloids and how she would not let the negative comments get her down, which did hurt her. She also told me that there seems to be a lot of people with free time and nothing to do but spread rumors because she was a great target. Her way to stay grounded was by staying close with her amazing friends. When it came to her career she was offered lots of romantic comedies, after all, she was Rachel Greene from Friends. But what she wanted was to play out of her comfort zone which she finally did in the film The Good Girl. Now she knew she could deliver even when she was scared.

The last time I interviewed her was for the film Derailed, 2005, where infidelity was the running theme in the movie and after the nicest welcome ever I waited till near the end of my timeslot to ask her about it. Her private life was all over the tabloids and the studio was afraid I would upset her. I asked her if this film could do a lot to make people aware of the dangers of infidelity. Watch the interview to see her brilliant and open response. 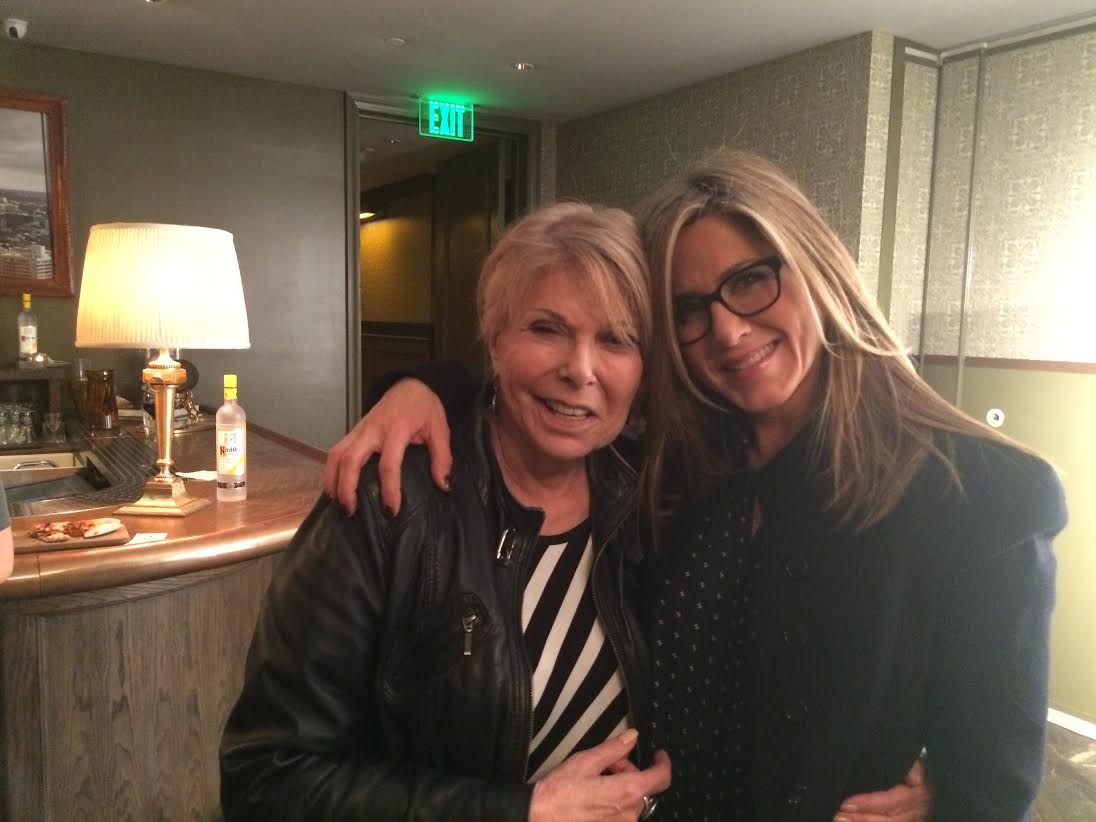 Last week I went to a party and screening for her latest film Cake, this role might give her an Oscar nomination so the mood was very upbeat, though her character is addicted to prescription medications. Surrounded by well-wishers I managed to get a chance to talk to her so I could thank her for making me look good in all the interviews we did together and let her know that her answer to infidelity was heard around the world. She asked if she could see the interview and of course I said yes and I asked for a picture and she said if she did one for me then everyone who had asked would be unhappy and, of course, I understood. At the end of the party she came up to me and said “let’s take a picture,” and we did.

Jennifer is having a truly amazing life and career. She has two films out this season, the wildly funny Horrible Bosses 2 (Now Playing) and the oscar-buzz drama Cake (January). Sometimes life gives you gifts. In my case, every time I got to sit down with Jennifer Aniston, she was a gift. I look forward to Oscar Nominations January 15th, and I hope to see Jennifer’s name as she is a supremely talented actress, a wonderful human being and…a GIFT!